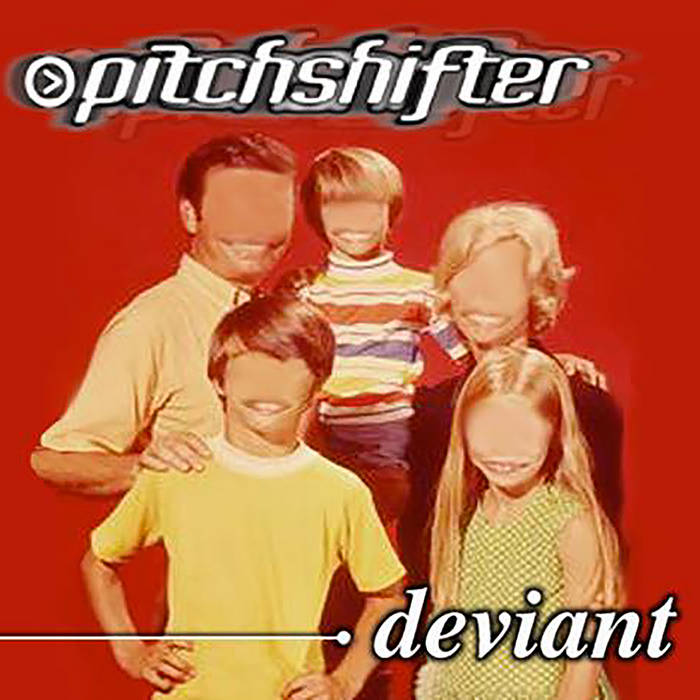 The original 1999 "Deviant" demos from the band's personal collection. This is the demo in its untouched form. As such, it is not mixed or mastered, and features no guest vocals (sections of songs are blank where guest vocalists would later go on to feature).

This release is a window into the band's process before going to the larger studio, with an engineer and producer. You can see what the band were able to achieve in their personal studio in demo form, and how the songs changed (or not) in comparison to their final form.

The mock original cover was created by vocalist, JS Clayden, as an extension of the concept of the distorted nuclear family originally debuted on the band's ".com" album; however, the record label feared legal reprisals for the use. And so, in defiance, the band commissioned a second cover by Artist William George as a parody-infused distortion of Norman Rockwell's "Thanksgiving." naturally, the record label freaked out even more over that version and refused to release it.

In a final attempt at something radical that would see the light of day, JS Clayden brokered a deal with Gee Vaucher (she of Crass art fame) to utilize her Pope/Queen image, colorized by NY graphic designer Howard Forbes. This version was approved and was ultimately released as the album's cover.

The original painting by William George was never furnished to the band (aren't record labels wonderful?) and Mr. George sadly died in 2017. And so, that artwork is probably lost to posterity--except for the low-resolution digital version included in this demo release.